The Eight Stupas and Outdoor Landscaping

A bond with the presence of Buddha Shakyamuni

In the tradition of Tibetan Buddhism, there are eight specific forms that commemorate important moments in the life of Buddha Shakyamuni. One finds a specific form of stupa for each event marking the Buddha’s life, from his birth to his death, including his attainment of enlightenment. The amount of elements involved and the manner of assembly vary from one type to another.

The celebration of these eights events in the historical Buddha’s life is associated with eight locations, which have become pilgrimage sites principally located in India’s Indo-Ganges plain (with the exception of Lumbini, which is in Nepal).

The eight stupas are fabricated in copper finished with gold leaf, according to tradition. They were created by Gérard Guinot, an artisan in connection with Dhagpo who is also responsible for the statues of the Institute and the small temple. Each stupa will be roughly 1.7 meters (5 ft., 7 in.) high. They will be placed on granite blocks in pairs. A pavilion-style roof will protect them from the elements. 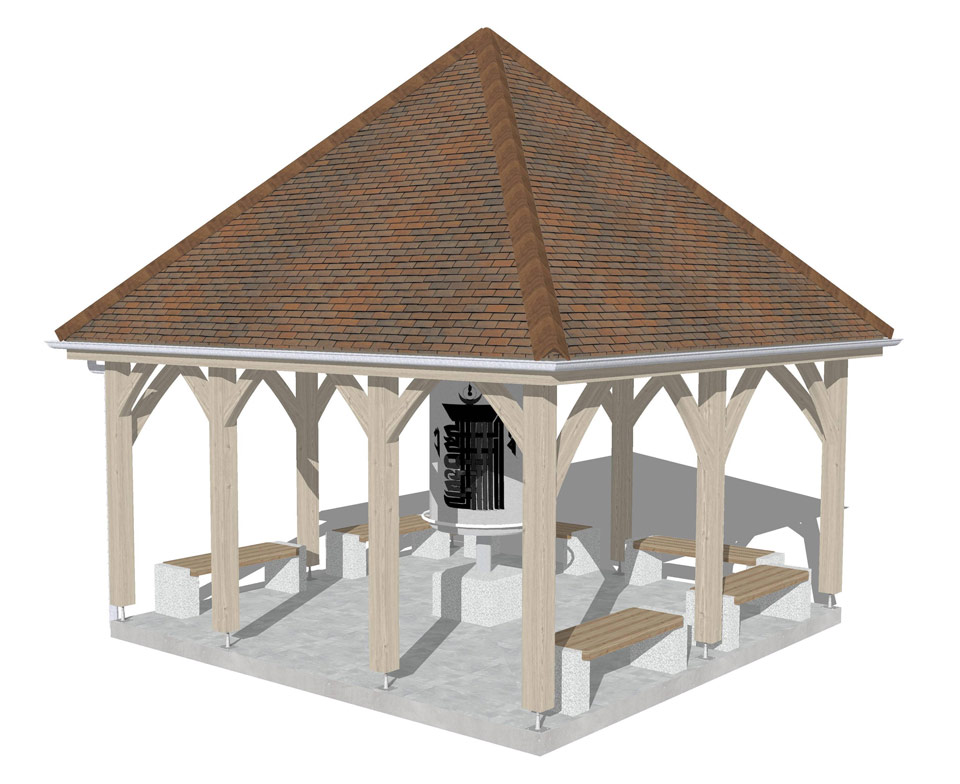 In an open pavilion overhanging Shamar Rinpoche’s stupa and the eight stupas, there will be a manual prayer wheel engraved with Kalachakra’s mantra. There will be a sitting area available for meditation, turning the prayer wheel, or contemplation close by Lama Purtsela’s house.

A Path for Circumambulation

There will be a path connecting all of Dhagpo’s stupas. It will begin with the enlightenment stupa, in front of the Institute, and move toward Shamar Rinpoche’s stupa and the eight stupas; then it will pass by the Prayer Wheel pavilion and continue alongside the prayer flags to return toward the Institute’s esplanade.