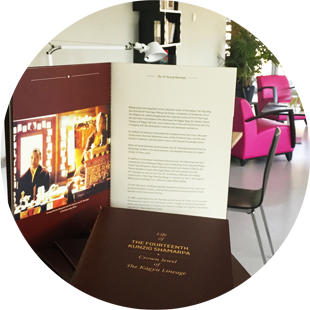 His Holiness Mipham Chökyi Lodrö (1952-2014) was born in Derge, East Tibet. At the age of four he was recognized by the 16th Karmapa, Rangjung Rigpe Dorje, as the 14th Shamarpa reincarnation or Red Hat Lama of Tibet. He received the entire cycle of Kagyu teachings from the 16th Karmapa.

The Shamarpa lineage is the second-oldest reincarnate lineage in Tibetan Buddhism, dating to the thirteenth century. Shamar Rinpoche spent many years studying in India with Buddhist scholars. He began to travel and teach in various Buddhist centers throughout Asia and the West starting in 1980, and in 1982 went to U.C. Berkeley to study English. 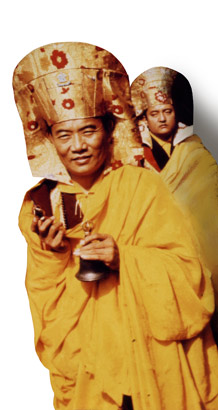 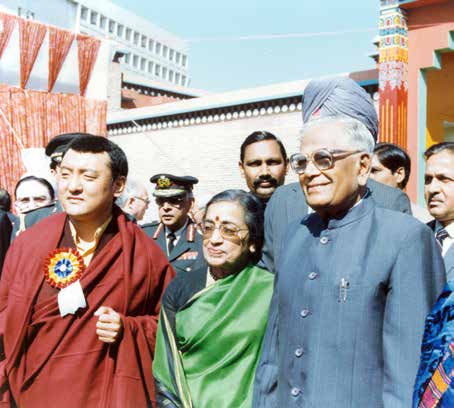 Shamar Rinpoche and the President of India, Sri Ramaswamy Venkataraman, during the KIBI inauguration in 1991.

Shamar Rimpoche has devoted his efforts to the many projects initiated by the late 16th Karmapa.

He has completed the reprinting of the “Tengyur” a body of 214 volumes in which prominent Indian and Tibetan masters elucidate the teachings given by the historical Buddha Shakyamuni. He has also supported and offered guidance to Rumtek Monastery, the seat of H. H. the 16th Karmapa.

He co-founded and brought into being the Karmapa Buddhist International Institute (KIBI), New Delhi, India. In partnership with Mewar University, the Institute currently offers a bachelor degree in Buddhist studies for both monastic and lay students. Shamar Rimpoche frequently traveled abroad where he taught at the many Kagyu centers world-wide.

In accordance with his rank as one of the two main lineage holder of the Karma Kagyu school, he recognized and enthroned Trinley Thaye Dorje, as the 17th Karmapa and ensured that he received the education and transmissions of the Kagyü tradition. 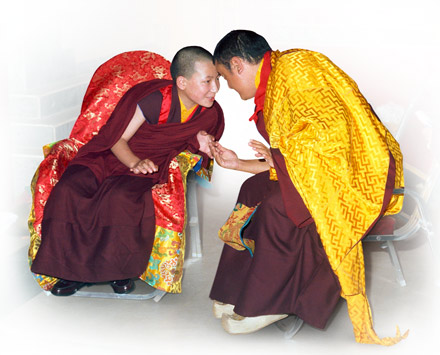 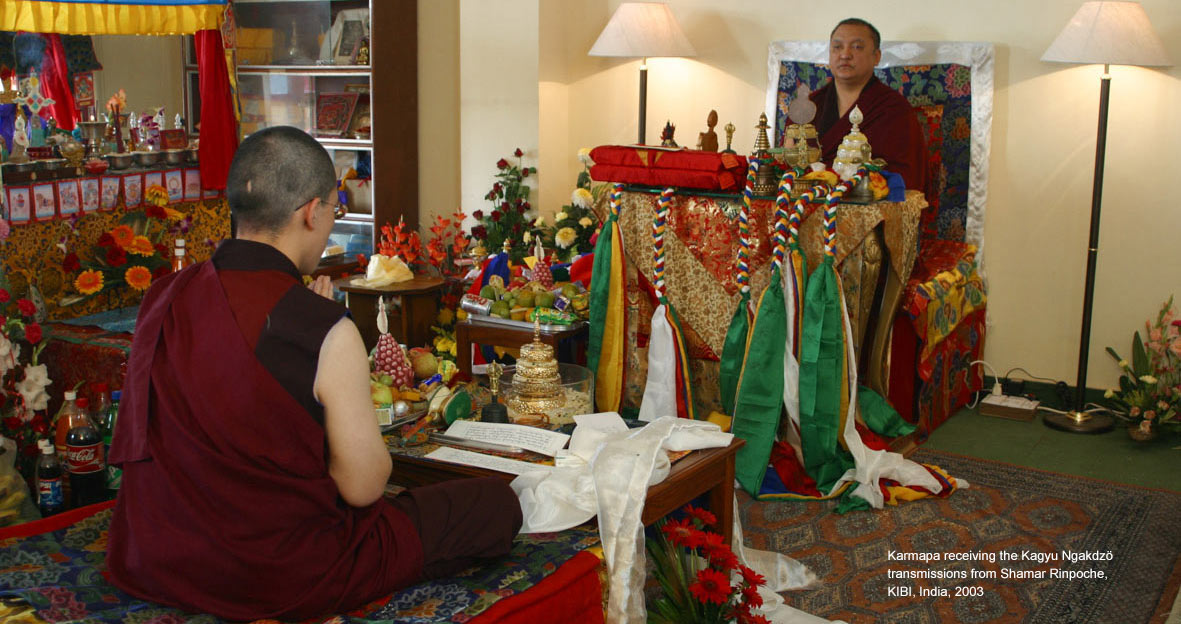 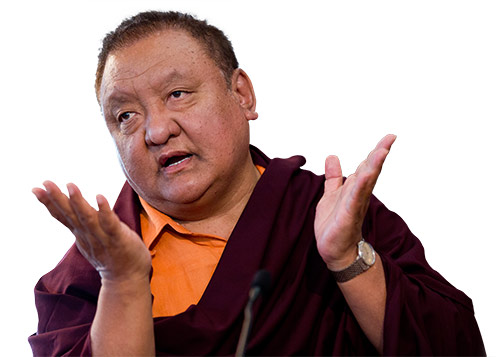 In 1996 he founded the Bodhi Path Buddhist Centers, a network of centers covering many continents based on a non-sectarian approach to Buddhism. The curriculum of Bodhi Path centers is grounded in the teachings of the eleventh century Indian Buddhist master Atisha, as they were transmitted by Gampopa. 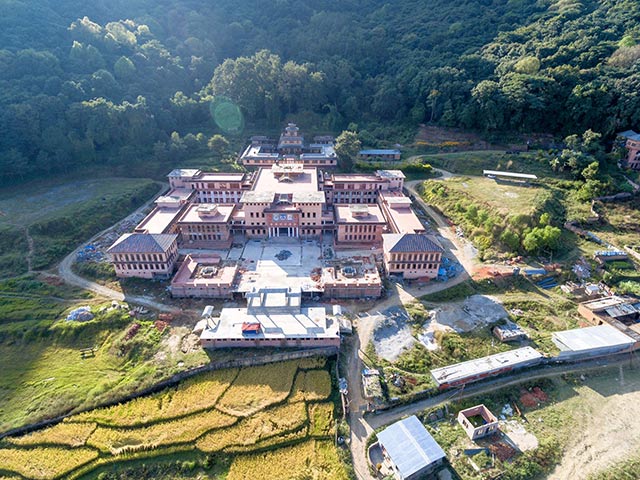 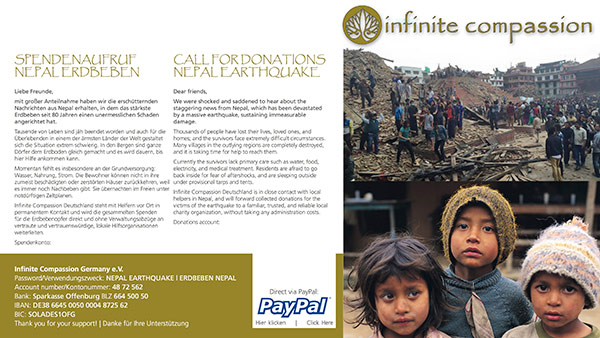 In order to provide a shining example of how the renounced followers of the Buddha are really supposed to live, in 2005 Shamar Rinpoche founded the retreat center of Shar Minub in Kathmandu, Nepal. At Shar Minub, twenty resident monks strictly maintain the full 253 vows of the vinaya.

Below this retreat center, he also envisioned Shar Minub Institute: a premier academic institute to train Dharma teachers (from Nepal and abroad) and also a place for advanced academic research. The Institute will house a world-class comparative religions library and serve as a translation center for important Buddhist texts, thus sharing more of the vast treasury of dharma and other sacred texts with people around the world. The institute is under construction at the moment.

In January, 2009 Shamar Rinpoche founded the Infinite Compassion Foundation to promote animal rights. The German branch of the foundation also supports human rights, education projects and medical care. It actually brought a huge support to the Nepalese population following the massive earthquake in 2015. 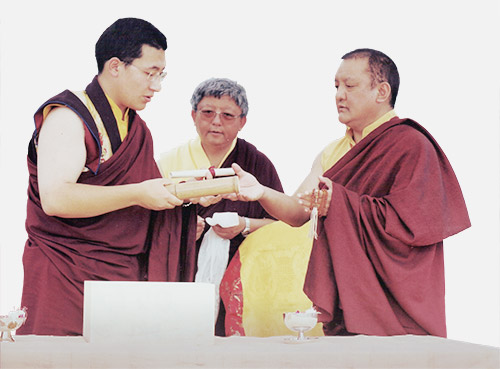 Laying the foundation stone of the Institute, August 15th 2002

Shamar Rinpoche played an important role in the developpement of Dhagpo Kagyu Ling and in the long-lasting and authencity of the transmissions in Dhagpo Kundreul Ling. Each and every year, he came to France to give precise teachings to the general public and take care of the teachers continuous formation. In 2003, together with Thaye Dorje, His Holiness the 17th Karmapa, he laid the foundation stone of the Institute of Dhagpo. In 2013, he officially inaugurated the building, with the representatives of the French State together with 2 000 persons. 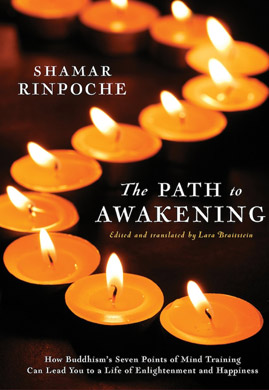 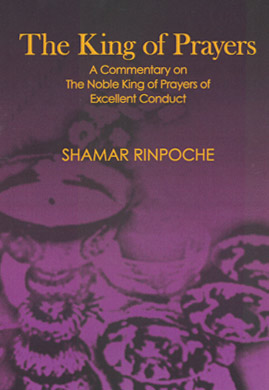 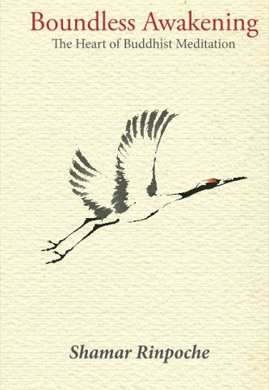 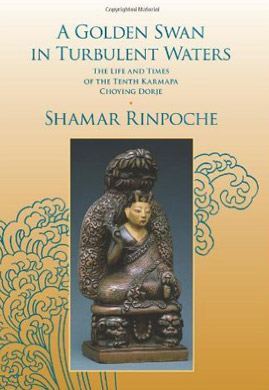 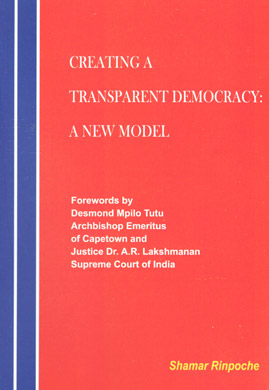